Sub-Saharan Africa: Capitalism could succeed where development aid has failed for 60 years 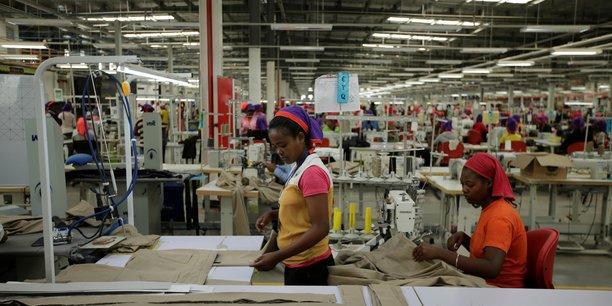 In 2019, Africa's official development assistance (ODA) reached USD 37 billion, of which USD 31 billion was allocated to the sub-Saharan zone, but poverty could remain. According to a World Bank study in 2018, this part of Africa concentrated a quarter of the world's extreme poverty in 1990, half in 2015 and projections indicate 90% for 2030. According to the latest report "Africa's Pulse" unveiled on October 7, 2020, the situation could worsen. "The pandemic could push 40 million Africans into extreme poverty, wiping out at least five years of progress in the fight against poverty. ». The president of the African Development Bank (ADB) Akinwumi Adesina is not more optimistic "Africa has lost more than a decade of the gains made in economic growth. Decrease in national budgets, weakening of political regimes and strengthening of Islamic terrorism, flight to the EU of African youth essential for the development of the continent, could be among the consequences.

The debate on capitalism and development aid

As early as the early 1960s, the agronomist René Dumont doubted the effectiveness of ODA, and economists such as Jean-François Gabas in 1988 and William Easterly in 2001 also questioned its efficiency. professor at Harvard during the 1980s and 1990s, Jeffrey Sachs would have taught that "Long-term development would only be possible with the participation of the private sector and market economy solutions". His former student, economist Dambisa Moyo, wrote in his 2009 New York Times bestseller "Fatal Aid: The ravages of useless aid and new solutions for Africa": "We now have more than 300 years of evidence of what works to increase growth, reduce poverty and suffering. For example, we know that countries that finance development and create jobs through trade and the encouragement of foreign investment prosper. "Heads of State share some of the analysis, including former Senegalese President Abdoulaye Wade, who said in 2002: "The countries that have developed have all embraced the free market. Nevertheless, in his book published in 2005 "The End of Poverty", Professor Emeritus Jeffrey Sachs, now adviser to UN Secretary General Antonio Guterres, advocated the doubling of ODA, whose inefficiency his former student Dambisa Moyo precisely denounced. The subject is complex and no one is entirely right or wrong. The debate that promises to last several decades does not seem to be able to remedy Africa's stagnation. It would be risky to reduce the amount of ODA in Sub-Saharan Africa at a time when the Covid-19 pandemic is aggravating extreme poverty, but a gradual transition to another development policy could prove relevant.

The informal economy alone will never be able to generate sufficient growth.

According to the Zambian economist Dambisa Moyo, the amount devoted to ODA in Africa since 1960 exceeds USD 1,000 billion. But the local actions of NGOs are showing their limits and the new ODA policy advocated by the IMF since 2017 in favor of informal employment could prove insufficient in terms of reducing inequalities and growth. The heterogeneity of the informal economy in Sub-Saharan Africa, which generates 20 to 65 percent of the states' GDP, should be taken into consideration, but a more global strategy should also be implemented in order to win the race against impoverishment and humanitarian disaster that threaten. After a 2.4 percent increase in sub-Saharan Africa's GDP in 2019, the IMF forecasts a decline of about 3.2 percent in this African region, which already has the lowest per capita growth in the world. A transformation of the sub-Saharan economy that would provide more and often better-paying jobs than those in the informal sector, which currently account for more than 80 percent of employment, would be imperative to provide real economic opportunities. In order to absorb unemployment, which affects 40 to 45% of 15 to 24 year olds in a context of galloping sub-Saharan demographics, and to reduce extreme poverty (less than $1.90 per day), which affects more than 150 million sub-Saharan workers out of 450, it would be essential that the growth of the very low sub-Saharan GDP of USD 1755 billion (2019), increase considerably. A necessary growth rate of 7 percent to significantly reduce poverty has often been evoked in the past years, but given the aggravating factors and alarming parameters, the minimum rate to be achieved should not be less than 8 or 9 percent for many years.

Jobs left in China will not come back to the West

China's development is a textbook case. The relocation of production of Western consumer goods over the last 30 years is at the root of the Chinese economic miracle and its growth rates for twenty years from the early 1990s, rarely below 9% and often above 12%, 13 or 14%. These jobs will obviously not come back to Western countries with higher wages, but neither should Africa be transformed into the new workshop of the world. It is more simply a matter of initiating the industrial and economic evolution that will promote its march towards autonomy and progress.

So how do we get the sub-Saharan economy off the ground?

The willingness of many Heads of State to modernize and industrialize their countries is certainly an essential prerequisite, but the lack of financing and infrastructure, the long time it takes to industrialize from insufficient or non-existent productive or commercial bases, and the need for responsiveness within global value chains (GVCs) are all difficulties to be overcome. The funds that would be borrowed would reach peaks and the over-indebtedness of states would accentuate poverty.  A regionalization plan for production in the Europe-Africa zone that would advocate a more efficient path could prove indispensable. In the context of globalization, Africa can only succeed by working more with the large consumer markets whose companies would set up on its soil the manufacture of products or VCM stages of a consumer goods manufacturing industry that provides employment and wealth but which is now mainly located in China. The expansion of this arrogant dictatorship, which threatens many countries, is dangerous. It is urgent to restore certain balances but also to create new ones in order to preserve peace and democracy in the world as suggested in the article "Reducing our dependence on China is possible", published on LE FIGARO.

The beginning of a period of "Glorious Thirty" in Africa?

It would be utopian to aim at a simultaneous industrialization of several dozen African countries whose necessary capital could not be found (for example, the electrification plan for Africa carried by the former French minister Jean Louis Borloo, who demanded funding of 250/300 billion euros, was finally abandoned). A first plan of about ten billion euros, spread over 3/5 years but initially concentrated on a determined perimeter would probably prove to be more pragmatic.  This development program for African industry could be initiated from countries located on the Atlantic coast or close to it. This geographical location would also facilitate trade with the two major consumer markets that are the EU and the USA. The modern and secure business parks, which would be financed by international institutions and countries wishing to contribute, would host the production tools of European, American or non-Western brands and often local SMEs. For example, several objective criteria could motivate the establishment in the Democratic Republic of Congo (DRC) of an industrial cluster dedicated to the manufacture of electronic components and the assembly of digital products. Industrial integration processes could eventually produce complete and efficient ecosystems. Industrialization would be gradual but many entrepreneurs and unemployed from other states would quickly benefit from opportunities within a dense network of companies. Over the years, prosperity would spread and benefit the greatest number of people. This paradigm shift could thus mark the beginning of a period of "Glorious Thirty" in Africa.

Francis JOURNOT is a consultant, entrepreneur and former publisher of professional press (economics and social). He is doing research in economics for the “International Convention for a Global Minimum Wage". He leads ”Plan de régionalisation de production Europe” or "Africa Atlantic Axis" and runs the site " Collectivité Nationale ".