Should China be banned from the WTO and the UN Security Council? 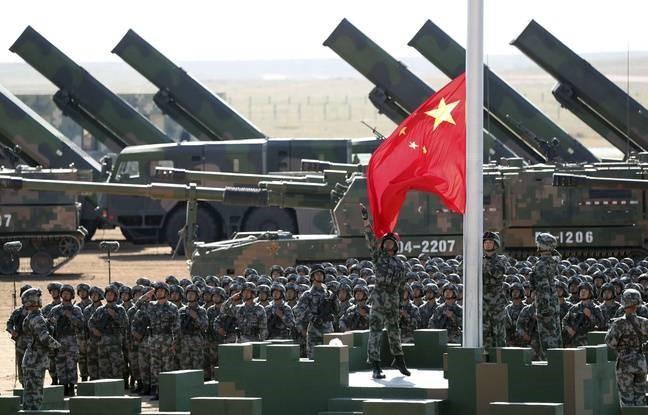 Le Figaro / Tribune by Francis JOURNOT - The Covid-19 made manifest China's economic and military progress on the international stage. But for the entrepreneur Francis Journot, as long as Beijing does not respect the rules laid down by international institutions, it should no longer be a member.

WTO, WHO or UN Security Council, China has infiltrated international institutions but has freed itself from the rules that govern them. The arrogant dictatorship, previously more adept at "soft power", now intends to stand up to the world and the balance of power seems to have become the cardinal principle of its policy. One can therefore worry about its economic influence and growing military power. In the light of a revealing health and diplomatic crisis, the already present fear of a hostile and belligerent China that would dominate the world and sweep away the democracies is now more acutely felt. Therefore, while it is still possible, it is advisable to temper its imperialist ambitions.

China, member of the World Trade Organization since 2001, is no longer a developing country but still enjoys the benefits of this status. Nevertheless, it remains a command economy as well as a state capitalism and is not, strictly speaking, a market economy. It would have been more relevant to end the experiment in 2016 at the end of a transitional period during which it has plundered Western technologies with impunity and too often violated WTO rules to the detriment of its competition, which could hardly compete with companies and productions frequently subsidized by an interventionist Chinese State.

Moreover, the Chinese dictatorship sits among the 5 permanent members of the UN Security Council and therefore has a right of veto. This privilege would allow it to prevent possible sanctions against it but also to block, if necessary, a summons of Xi Jinping before the International Criminal Court within the framework of the management of the Covis-19 crisis. The example of China's stranglehold on the WHO should alert us because its influence allowed it to delay the announcement of the pandemic. The presence and power within these institutions, of a dictatorship that claims an objective of economic and military domination over the world, are undoubtedly unnatural and dangerous.

The Chinese Communist Party is certainly the greatest threat to freedom, democracy and peace of mankind for 80 years.

His refusal to take responsibility for a crisis that has killed hundreds of thousands of people and his contempt for humanity can make us fear the worst. Drunk with power, Xi Jinping certainly believes that military intimidation could allow him to completely dominate a stupid and corrupt West that has traded its technology and the supremacy of the world economy for pieces of cloth and plastic. Some leaders seem to have pledged allegiance to him, but this strategy is not without risks and could eventually lead the rather peaceful Chinese people and the world to a third world war. Initially confined to a defensive function, the army of the People's Republic of China has become a force of world conquest whose rise in power leaves little room for doubt as to its geostrategic aims. The establishment of a naval military base in Djibouti on the Horn of Africa and a fortress overlooking the Indian Ocean (Source: Forbes) that can accommodate several large warships and perhaps aircraft carriers, we confirm. The strength should reach 10,000 men in 2026. The Chinese dictatorship is not unaware that the conquest of the African continent and the economic invasion across Europe, poetically christened the "Silk Roads", could lead to frequent uprisings of underpaid and sometimes mistreated workers who could reject Chinese domination in Africa, or of European populations fooled and impoverished. This is why China would often have to resort to threats and repression, but no one could foresee or stop the escalation of violence.

China has the second largest army behind the US, but at the rate at which its military-industrial complex, the largest in the world in terms of number of employees, is growing, it could boast the title of the world's leading military naval power in a decade or two. Two aircraft carriers and others under construction, an additional submarine every quarter and a destroyer every month join a fleet capable of operating on all seas, which now includes nearly 700 combat ships.

In an article published on May 12, 2020 by the Hong Kong South China Morning Post newspaper "China launches its last submarine nuclear missile and receives a scientific prize", Journalist Liu Zhen comments on the testing of JL3 nuclear missiles which have a range of 12,000 km and could reach the USA from the Chinese coast. They will equip new generation submarines from 2025. Chinese military observers said the missile tests were a response to U.S. President Donald Trump's deterrence strategy aimed at China. But no one can believe that China is building nuclear missiles out of enmity with the U.S. president. The tests, which received some of China's most prestigious scientific awards, are a further demonstration of strength to the world.

The budget of the Chinese army of 250 billion dollars in 2018 (source SIPRI), given its constant increase (7.5% in 2020) should be about half of that of the USA in the coming years. If we consider that this Chinese military budget, which benefits from a lower cost labor force, allows the financing of the manufacture of a much larger volume of equipment than the USA, it becomes clear that such an armament effort has rarely or never been seen in peacetime, especially since inequalities are great and unemployment already affected 22% of the Chinese active population before the Covid epidemic19. This unbridled preparation for a mobilization of the army inevitably reminds us of the period of Nazi Germany's rearmament from 1933 onwards, which preceded and framed the Second World War.

A giant with feet of clay

This country of one and a half billion inhabitants has benefited from the growth provided by Westerners and several hundred million Chinese have thus been able to escape from poverty. Objectivity requires us to recognize that Western companies and consumers have benefited from lower production costs, but it must be admitted that they have paid the high price of unfair competition with deindustrialization, unemployment and precariousness, desertification and the decline of public services etc...

But the two main consumer markets still hold the keys to economic power over China. They are responsible for this situation and it is up to them to take the decisions that can curb the wild ambitions of an ungrateful and violent communist dictatorship led by a megalomaniacal president for life whose single party allows him to remain at the top probably against the will of his people. An international challenge to the legitimacy of Xi Jinping and his policies could weaken the authority of the Chinese Communist Party.

Although concerned about the interests of Germany, the European country most dependent on China with a trade volume of 200 billion in 2019, the EU must also distinguish between diplomacy and submission. It cannot ignore the danger of Chinese expansionism and turn the USA and China against each other, arguing that this is a new cold war between two great powers that hardly concerns it. For, let there be no mistake, the Chinese giant would not spare us afterwards and everyone would then remember the cowardice and lack of foresight of the EU.

But the beginnings of a latent war with thinly veiled threats against the EU and its member states are already there, and this should force us to open our eyes. For example, Beijing demanded that the EU acknowledge Chinese responsibility in the report on the management of the Covid-19 and recently tried to prevent a contract for the modernization of Taiwan's frigates signed with a French company: "We once again urge France to respect the principle of one China and to cancel the project to sell arms to Taiwan to avoid damaging Sino-French relations".

It would be right for China to participate in the financing of global economic reconstruction. Therefore, after the EU's failure at the height of the crisis, the least that European Commission President Ursula Von der Leyen can do now for the people of the 27 member countries, who are suffering few hundred thousand deaths and a significant loss of income, would be, together with US President Donald Trump, to demand that China compensate all countries for the damage suffered.

On the other hand, it is undeniable that an eviction of China from the WTO and the UN Security Council could moderate this power out of control and thus preserve the world for a long time from the danger of a Chinese military offensive. It would therefore be indispensable that a historic agreement between the President of the European Commission and the President of the United States be established as soon as possible in order to demand its implementation from both international organizations. During an interview at the end of April 2020 with Laure Mandeville, a journalist specializing in the United States for Le Figaro, the American Assistant Secretary of State for European Affairs Philip T. Reeker declared: "Faced with China, we are going to unite". Here is now the opportunity.

So certainly, the European Union's inclination for extreme globalization and free trade may raise doubts about such a change in policy, but if we think that the populations will not accept, on top of growing unemployment, the austerity it plans to impose on them to pay for the economic catastrophe caused by China, the Commission should understand that it will have to change its ideological software before it has to face an anger that would provoke the end of the EU or face a war that its permissive policy towards China for the last 20 years will have favoured and for which it would be highly responsible.

Francis JOURNOT is a consultant, entrepreneur and former publisher of professional press (economics and social). He is doing research in economics for the “International Convention for a Global Minimum Wage". He leads ”Plan de régionalisation de production Europe” or "Africa Atlantic Axis" and runs the site " Collectivité Nationale ".